So in case of Tumblr totally collapsing (self-saboting much mdr), I’ve created a WordPress stuff, where I’ll be posting soon and in parallel of Tumblr (even if I don’t post much, admittedly). Whenever I write/translate some stuff I’ll put a notification on Tumblr and a link to the WordPress blog where the actual thing will be.
I’m also goblining on AO3, but since in January Article 13 will most likely pass in Europe, it’s possible I’ll lose access to the website. In that case, I’ll transfer the fics to the WordPress blog, which will still be hopefully active, and I’ll add an email address to the contact page (in the old-school way of sharing fanfics haha).

To be clear, I’m not leaving Tumblr unless the website itself just ceases to exist, and I’ll still reblog content (if there is any content left lol). I’m also not leaving AO3 until it’s clear we’ll be censored by Article 13.

PS: I know I don’t talk much to mutuals even if I always enjoy seeing you on my dash ^^ … so don’t hesitate to reach out if you wanna talk/be friends! 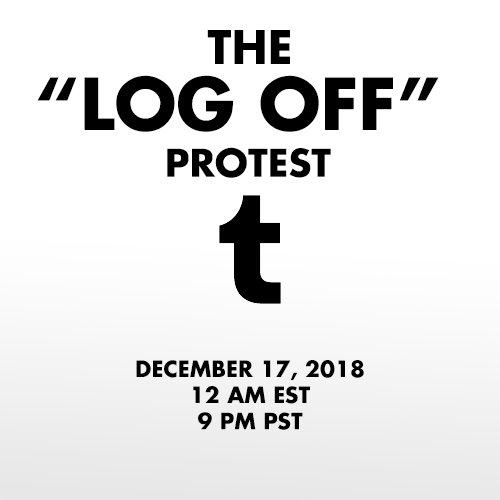 In response to the NSFW ban being enacted by Tumblr Staff, on December 17th 2018 I propose that we all log off of our Tumblr accounts for 24 hours.

However, instead of answering the users, Tumblr has instead taken the liberty to ban all NSFW content, regardless of age. But users have already run into issues of their SFW content being marked as sensitive and being flagged as NSFW, not allowing them to share their work.

Not only does this discriminate again content creators, but it also discriminates against sex workers. Disgustingly, the ban will be enacted on December 17 which is also International Day to End Violence Against Sex Workers.

Tumblr’s stock has already taken a hard hit. Let’s make it tank. Maybe then they will listen to the users.

Reblog to signal boost! We must force change.

It took a moment for an uncontrollable smile to grace Mr. Katsuki’s features— a genuine one, nothing like the facsimiles Victor saw and produced so often. Mr. Katsuki, it appeared, possessed a sense of humour.

“Mr. Katsuki,” Christophe said solemnly, placing a hand on his heart, “I apologise on Mr. Nikiforov’s behalf for that absolutely terrible pun.”

“Is it truly terrible if all parties involved enjoyed it?” Victor asked, gesturing towards his friend. “I happen to know you have a penchant for wordplay, and Mr. Katsuki at the very least smiled.”

“But whether it be from enjoyment or politeness has yet to be made clear.”

“It was a good pun,” Mr. Katsuki confessed, still smiling but now with an amused look. “Though it, perhaps, wasn’t the best I have ever heard.”

i was commissioned by @ingthing to draw art for her victorian(victuurian hehe) au fic “The Consciousness of Loving” which you can read here!!

thank you so much for commissioning me ❤

IT’S INCREDIBLY HELPFUL AND CAN FOR INSTANCE GENERATE TOPICS AND FIRST LINES, CONTAINS LOADS OF EXERCISES AND YOU CAN FIND PLENTY OF WRITING TIPS.

WHERE HAVE YOU BEEN ALL MY LIFE?

This is a really cool site… 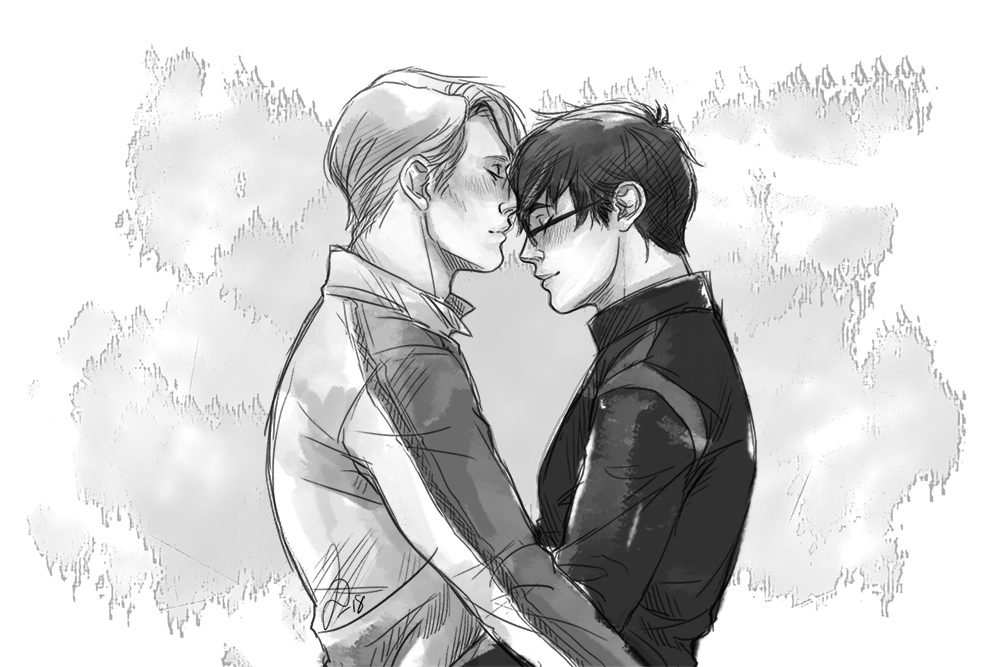 A commission requested by @jesusmaryandjosephgordon-levitt of Victor and Yuuri!

Please be my coach until I retire!
It’s almost like a marriage proposal.
I wish you’d never retire.

※ Permission to post was granted by the artist.
※ Please don’t edit, remove caption or repost without permission.
※ Commercial use is prohibited.